Jane Tobal, PhD is the founder of Visionary Alternatives, Inc. Critically ill twice as an infant; Jane remained plagued with chronic health problems throughout her childhood and adolescence. These health issues continued into the college years where she found herself hospitalized for approximately two months before her 19th birthday. In order to insure her own survival, Jane began a passionate lifelong study of alternative approaches to health and the possible/probable causes of chronic illnesses, reading extensively and studying about diet, nutrition, hidden chemicals and additives in the food supply. Jane’s search for ultimate health also brought her to study the healing arts including psychic healing, Reiki and shamanism (Huna). Jane’s university studies were geared toward engineering and later a degree in Fine Arts from Florida Atlantic University, teaching certification from Palm Beach County Schools, a Masters Degree in Curriculum Writing and a PhD in Educational Research from Nova Southeastern University. Jane has served on many non-profit boards serving as president, secretary and also as an active board member. A lifelong environmentalist and activist have had her organizing and contributing for other non-profits as well. Her associations have included Sierra Club, Greenpeace, UNICEF, UUA, Plan USA, Results, One, Public Television, Amnesty International, American Freedom from Hunger Foundation, ZPG, Noetic Sciences & The World Future Society.  Jane founded Visionary Alternatives in January of 1998 to come to the aid of a dear friend who was dying of cancer.  Inspired by her friend, she built a non-profit organization that would allow not only her friend, but also many more individuals the choice of alternative therapies for critical illnesses when personal funding would have been otherwise prohibitive. 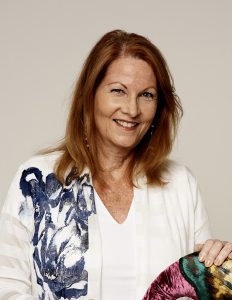